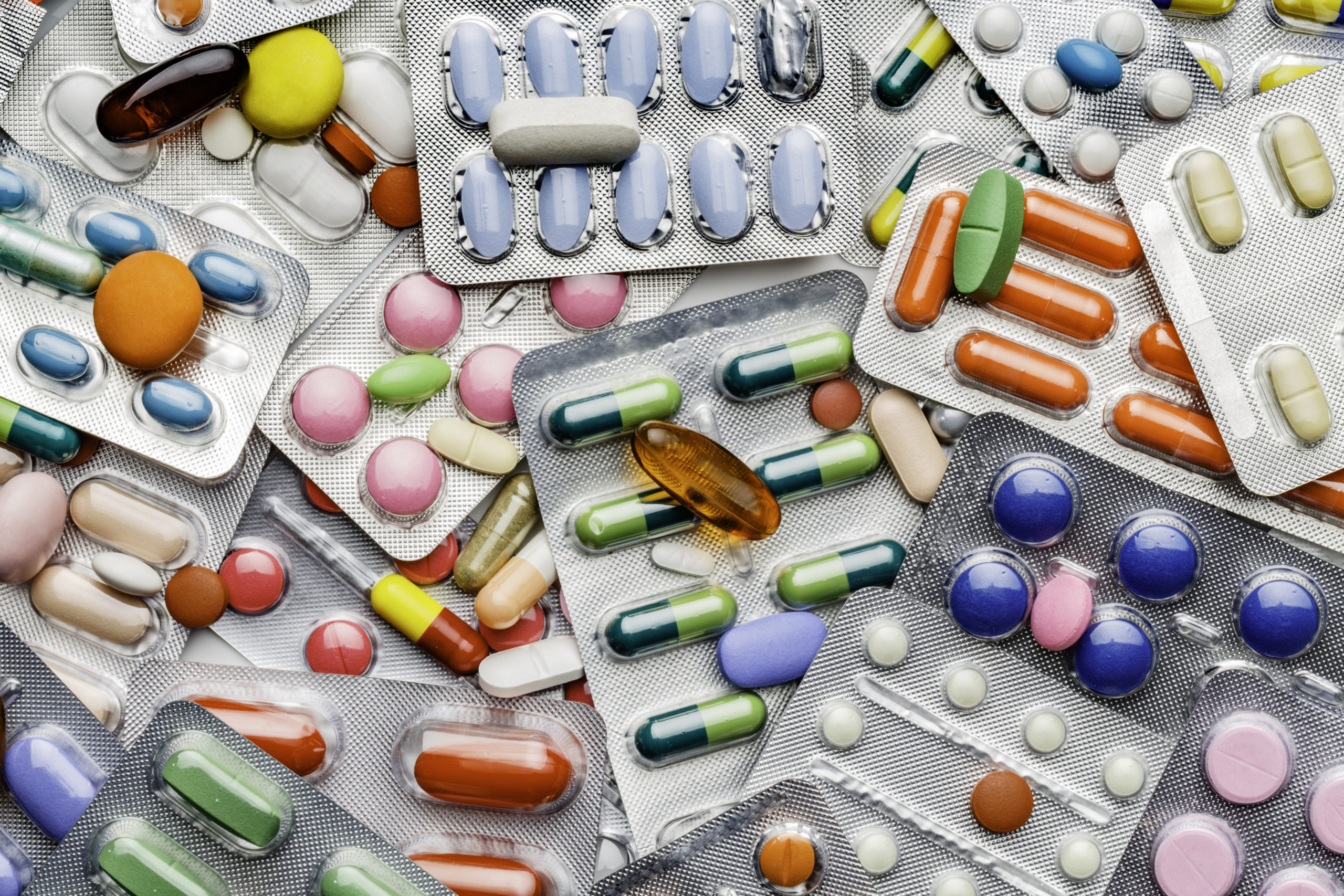 World Health Organization member states reached initial agreement today on a European Union-led draft resolution on global COVID-19 response to go before the upcoming World Health Assembly – overriding some of the previous US objections to language referring to the rights of countries to override patent rules.

The draft resolution to be submitted to the upcoming World Health Assembly Monday, May 18, would help pave the way for coordinated planning by the global health community to ensure broad access by people worldwide to COVID-19 medicines and vaccines, according the  draft obtained by Health Policy Watch.

The agreement on a text, calling for “universal, timely and equitable access” to COVID-19 treatments, was submitted by the EU-led sponsors to the WHO for public debate at the WHA next Monday after a “silence period” in which any of the 194 member states could raise formal objections expired at noon. Even after the deadline, informal negotiations reportedly continued in an attempt to bridge differences.

Those seemed to be largely centered on duels over highly technical, but politically charged language over the rights of countries to override patents for vital health remedies – which the US and some its allies reportedly wanted to be balanced with references to the importance of also encouraging private sector innovation.

However,  final draft text remained intact and diplomatic observers said that any further issues will be aired on the floor of the WHA plenary next week. It is co-sponsored by Australia and New Zealand, the United Kingdom, Zambia, Albania, Monaco, Montenegro, North Macedonia and San Marino.

The original purpose of the resolution, tabled just a few weeks ago, was to create a broad consensus around the creation of a voluntary global “patent pool” for new COVID-19 treatments – building on an initiative launched by the European Commission, together with France, Germany, the United Kingdom, Costa Rica, South Africa, and WHO, last month, and which has so far raised 7.4 billion Euros.

The final iteration of the text, however, marks a modest victory for medicines access advocates.  It refers explicitly and repeatedly in several sections to countries’ rights to legally upend international patent rules, and procure or produce generic versions of treatments, when there is an overriding public health need. The so called flexibilities in “Trade Related Aspects of Intellectual Property Rights (TRIPS),” is part of World Trade Organization negotiated frameworks. In reality, countries rarely take advantge of the exceptions – although the COVID-19 crisis has already seen a trend towards more potential use.

WHO member states had been meeting daily in private, virtual sessions, ever since the EU first announced its initiative to bring the world together around the ambitious resolution entitled “COVID-19 Response” at the WHA, meeting in virtual session for the first time ever, 18-19 May.

Language on Overriding Patent Rights Was a Key Negotiating Point

The key elements of the plan that had been opposed by the United States involved the repeated references to the TRIPS flexibilities.  The most heavily debated clause called for:

“… the universal, timely and equitable access to and fair distribution of all quality, safe, efficacious and affordable essential health technologies and products including their components and precursors required in the response to the COVID-19 pandemic as a global priority, and the urgent removal of unjustified obstacles thereto; consistent with the provisions of relevant international treaties including the provisions of the TRIPS agreement and the flexibilities as confirmed by the Doha Declaration on the TRIPS Agreement and Public Health (OP4);”

Geneva and European-based sources, who asked to remain anonymous, said that the US had wanted to insert a nod to the importance of private sector innovation, using a reference similar to the one in the September 2019 UN High Level Declaration on Universal Health Coverage.  That carefully-worded declaration also acknowledges the TRIPS flexibilities, but also talks about the “need for appropriate incentives in the development of new health products:

“Promote increased access to affordable, safe, effective and quality medicines, including generics, vaccines, diagnostics and health technologies, reaffirming the World Trade Organization Agreement on Trade-Related Aspects of Intellectual Property Rights (TRIPS Agreement) as amended, and also reaffirming the 2001 WTO Doha Declaration on the TRIPS Agreement and Public Health, which recognizes that intellectual property rights should be interpreted and implemented in a manner supportive of the right of Member States to protect public health and, in particular, to promote access to medicines for all, and notes the need for appropriate incentives in the development of new health products.”

Said one diplomatic observer: “The UHC language was already agreed upon. It talked about the rights of countries to protect their patents, to protect the importance of innovation and research and development.  And it acknowledged Option B, the TRIPS flexibilities.

“The point they made was that affordability is really important for everybody, but there are a lot of reserachers and companies investing billions.  So we need a balanced approach.”

Another sticking point also emerged around a proposed US amendment of the term ”universal, timely and equitable access to, and fair distribution of…”  drugs and vaccines. But there was strong pushback by the African bloc of countries on this issue.

Here, it appeared that the US concerns revolved mostly around clear definitions of meaning:  “I wouldn’t want to make it too much of it as a Trump thing,” one source said, referring to the America-first policies of the US President.  ”A Democrat like Obama or Biden, might have acted similarly. They are very careful about what they commit to, I think they would have hesitation about something that they coudn’t match up to.”

Added another diplomat, “I think there is a lot they [the US] like in this resolution” pointing to clauses calling for a “stepwise” examination of the WHO and global pandemic response as well as research into the original source of the virus.

Still, it remains difficult to predict if the US will support the final draft in next week’s plenary, or disassociate itself from particular clauses: “Now that the text is finalized, it’ll be up to Washington.”

While the WHA may set lofty aims, the realpolitik of how to fairly distribute any existing and new treatments clearly poses big challenges, as evident by a political storm that gathered overnight in France after the Paris-based Sanofi announced that the first doses of any COVID-19 vaccine that is produces, now in development,had been pre-ordered to the United States.

“The US government has the right to the largest pre-order because it’s invested in taking the risk,” Sanofi CEO Paul Hudson told Bloomberg News in an interview published on Wednesday. “That’s how it will be because they’ve invested to try and protect their population, to restart their economy,” he said, noting that the U.S., which expanded a vaccine partnership with the company in February, expects “that if we’ve helped you manufacture the doses at risk, we expect to get the doses first…” The multinational has offices and research facilities in the United States as well as France.

French officials quickly expressed outrage over the Sanofi remarks: “As indicated by Emmanual Macron, a vaccine against COVID-19 has to be a global public good. Equal access for everyone to a vaccine is not negotiable, said French Prime Minister Edouard Philippe in a tweet.

“For us, it would be unacceptable for there to be privileged access to such and such a country for financial reasons,” France’s deputy finance minister Agnes Pannier-Runacher told Sud Radio Thursday.  She and other officials note that the Paris-based Sanofi has also received tens of millions of Euros in research credits from the French government in recent years.

Hours later, Sanofi backed off, issuing a statement that said, “we have always been committed in these unprecedented circumstances to make our vaccine accessible to everyone.”  But Olivier Bogillot, president of Sanofi France, was quoted saying that the EU also needs to make it easier for pharma companies to fast-track new products to market.

The cross-Atlantic diplomatic brouhaha, involving just one multinational pharma firm, serves to illustrate just how complex the lofty ambition of equitable access really is, when validated treatments or vaccines really do become available.

Uniting Behind A People’s Vaccine

Meanwhile, dozens of global and national leaders, issued an appeal to the upcoming World Health Assembly to  Unite Behind A People’s Vaccine Against COVID-19” without patent restrictions.

Signatories included Pakistani President Imran Khan and Cyril Ramaphosa, president of South Africa and Chair of the African Union, as well as the presidents of Senegal and Ghana,

“Humanity today, in all its fragility, is searching for an effective and safe vaccine against COVID-19. It is our best hope of putting a stop to this painful global pandemic,” said the staement issued by the World Leadership Alliance-Club-de-Madrid.

“We are calling on Health Ministers at the World Health Assembly to rally behind a people’s vaccine against this disease urgently. Governments and international partners must unite around a global guarantee which ensures that, when a safe and effective vaccine is developed, it is produced rapidly at scale and made available for all people, in all countries, free of charge. The same applies for all treatments, diagnostics, and other technologies for COVID-19.”

For more details on the issues that have been debated inside the EU draft resolution see Wednesday’s Health Policy Watch.