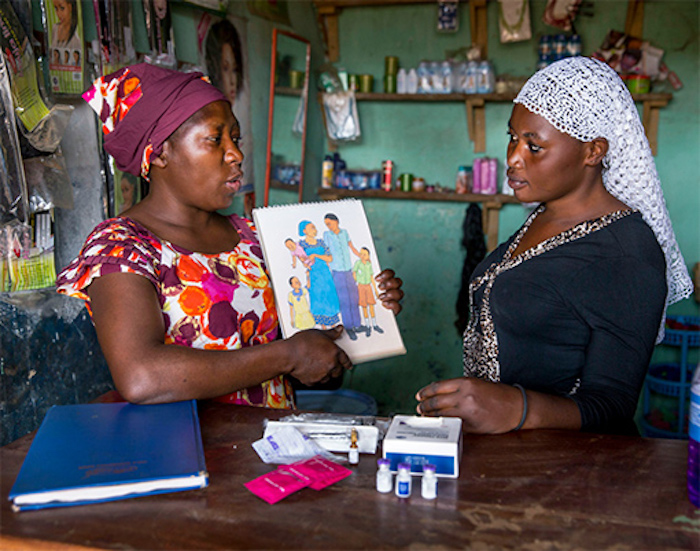 In what should prove reassuring to many women, a large clinical study in four African countries has found no significant difference in the risk of HIV infection among women using progestogen-based hormones or copper-bearing IUDs as contraception.

However with “unacceptably high” rates of HIV infection among users of both contraceptive modes during the study, adoption of proven HIV prevention measures, such as partner testing and condoms, remains critically important, WHO officials noted in a press release on the study results.

The Lancet study by a World Health Organization-supported research consortium study fills a critical gap in knowledge about HIV transmission risks for women choosing between methods of contraception that are regarded as the most effective – IUD or hormonal contraception injections or implants.

The study also found that the contraceptive methods also had high levels of safety and effectiveness in preventing pregnancy – although a high proportion of women, and particularly younger women, using all three forms of contraception tested still became infected with HIV.

“After decades of uncertainty, we finally have robust scientific evidence about the potential relationship between hormonal contraception and the risk of HIV from a rigorous randomized clinical trial,” said Professor Helen Rees, Executive Director of Wits Reproductive Health and HIV Institute at the University of Witwatersrand in Johannesburg, South Africa, and a member of the Evidence for Contraceptive Options and HIV Outcomes (ECHO) consortium that carried out the study.  “The results on this question are reassuring, but our findings are also sobering, because they confirm unacceptably high HIV incidence among young African women.”

The trial compared 3 different contraceptive methods to see if there were different levels of risks to users for HIV infection,  including:

The study was carried out in four African countries in settings with high HIV incidence ‒ Eswatini, Kenya, South Africa and Zambia. and involved a total of 7829 sexually active HIV-negative women aged 16 to 35 years, who were randomly assigned to one of the three contraceptive methods.

While the results regarding choice of contraception may be reassuring, the high rate of HIV infections, particularly among younger women, remains a serious concern, leaders of the study noted. Incidence of HIV infections among all of the women participants averaged 3.8% per year – and this was even higher for women under 25 years of age, irrespective of method of contraception used.

“The study highlights the need to step up HIV prevention efforts in these high-burden countries – particularly for young women,” said Dr Rachel Baggaley from WHO’s HIV and Hepatitis Department. “These should include providing HIV testing and a range of HIV prevention choices within contraceptive service programmes.”

These services typically include HIV testing and linkage to antiretroviral therapy for those testing HIV-positive, partner testing and condom promotion.  Another option is pre-exposure prophylaxis (PrEP), which WHO recommends in countries where the incidence of HIV is above 3 percent, as appropriate.

Study Findings to be Incorporated into WHO Guidelines

Over the past 25 years, as the HIV epidemic took hold in many countries, a number of observational research studies had suggested a possible increased risk of HIV acquisition for women using progestogen-only injectables, particularly DMPA-IM. Because of limitations in the design of these studies, however, it was not possible to determine whether HIV infections were due to the type of contraceptive method used or other factors.

The results of the ECHO trial, led by FHI 360, University of Washington, Wits Reproductive Health and HIV Institute, and WHO’s  Human Reproduction Programme (HRP) are thus the most robust to date, said WHO in its press release.

“These results support making available to women and girls a broad choice of effective contraceptive methods that empower them to make informed decisions about their own bodies – including if and when to have children,” said Dr James Kiarie, from the Department of Reproductive Health and Research at the World Health Organization. “Better access to contraception and quality reproductive health services would have a dramatic impact in improving the lives of millions of women and their families.”

WHO says that some 214 million women in developing countries want to avoid pregnancy but do not use a modern contraceptive method, including for hormone based methods.

Following the results, WHO said that it would convene a Guideline Development Group to review its existing recommendations concerning women’s eligibility for using various contraceptive methods if they are at high risk of HIV. Updated recommendations will be issued by the end of August 2019,

WHO also said that it is amplifying its support to “countries with high HIV incidence rates, including the four countries in which the study was conducted, to develop plans to provide integrated family planning and HIV and STI services as recommended in the Call to Action on Sexual and Reproductive Health and Rights(SRHR)-HIV Linkages.”