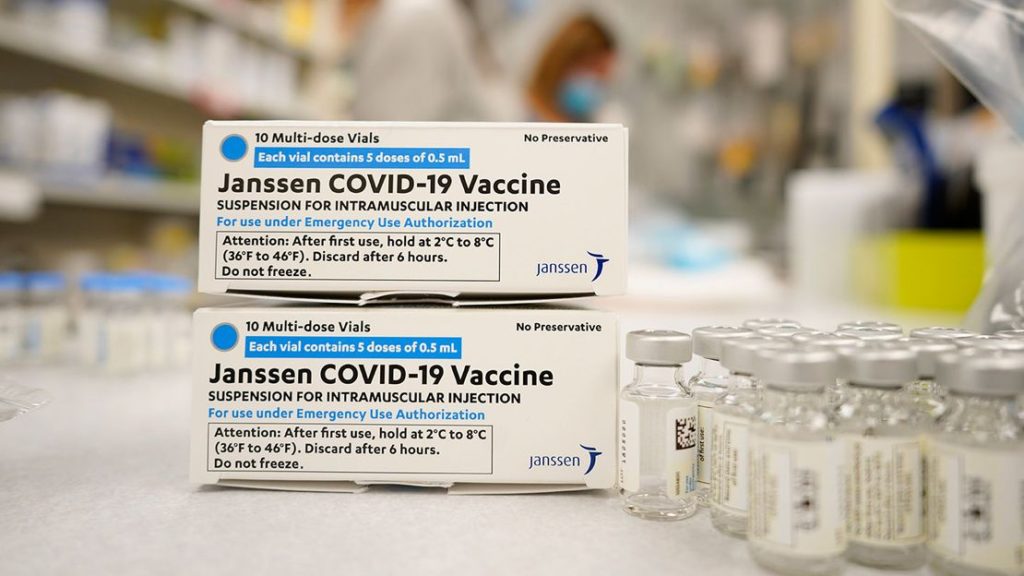 There is a “possible link” between the Johnson & Johnson COVID-19 vaccine and very rare cases of blood clots, but the benefits of the single-dose vaccine outweigh the risks, the European Medicines Agency (EMA) has announced.

In a statement released on Tuesday, the EMA safety committee said that the rare, but serious blood clot disorders, should be listed as “very rare side effects” of the vaccine. The EMA statement followed a similar decision with respect to the AstraZeneca vaccine, just two weeks ago.

The European regulator had reviewed eight reports of “serious cases of unusual blood clots associated with low levels of blood platelets”, one of which was fatal – among seven million who received the jab in the United States.

No cases of deaths associated with the J&J vaccine have so far been reported in the European Union, said EMA executive director Emer Cooke – but vaccine administration on the continent is also far less advanced.

Along with Europe, South Africa and the US had also announced a pause in J&J vaccinations over the blood clot reports in response to reports of a rare cerebral blood clot disorder that combines clots with low blood platelets (CVST).  Since then, vaccines in South Africa have resumed, but in the US, they remain on hold.

Announcing its decision, the EMA said the risks associated with the virus itself are still higher than the vaccine.

“Covid-19 is associated with a risk of hospitalisation and death,” it said. “The reported combination of blood clots and low blood platelets is very rare, and the overall benefits of [the Johnson & Johnson] Covid-19 vaccine in preventing Covid-19 outweigh the risks of side effects.”

“This is good news for the roll-out of vaccination campaigns across the EU,” she tweeted.

I welcome @EMA_News’ announcement on the safety of the Johnson & Johnson vaccine.

This is good news for the roll-out of vaccination campaigns across the EU. https://t.co/WenukxE8GR

The cases of clotting in the US “occurred in people under 60 years of age within three weeks after vaccination, the majority in women”, the EMA regulator said in its statement.

“One plausible explanation for the combination of blood clots and low blood platelets is an immune response, leading to a condition similar to one seen sometimes in patients treated with heparin called heparin induced thrombocytopenia, HIT,” it said. Heparin is a blood thinner given to people with clotting disorders.

The EMA said healthcare workers and those who have received the vaccine should be aware of potential symptoms of these rare blood clots. They include shortness of breath, chest pain, leg swelling, abdominal pain, headache, blurred vision or tiny blood spots under the skin.

The early intervention of a specialist can change the outcome for the patient, Cooke said.

The cases reported with  J&J’s vaccine were similar to the rare blood clot cases linked to the AstraZeneca vaccine, EMA also noted.

Earlier this month, the EMA made the same recommendation for the Covid-19 vaccine produced by Oxford-AstraZeneca.

Both vaccines use a disabled, or inactive adenovirus vector [viruses that typically cause colds or flu-like symptoms] to deliver a double stranded DNA containing the genetic instructions for part of the SARS-CoV2 characteristic spike protein. That stimulates the body’s immune system to develop antibodies to the virus.

However, Sabine Straus, chairperson of EMA’s evaluation committee of risks and pharmacovigilance (PRAC) noted there were differences between both vaccines since Johnson & Johnson’s vaccine uses an inactivated human adenovirus as the “vector” to deliver the spike protein DNA, while AstraZeneca’s is chimpanzee-based. Both vaccines also target a different part of the SARS-CoV2’s spike proteins, she said.

Considering that the Russian-made Sputnik-V vaccine also uses adenovirus vectors to deliver its jab (in this case different ones for first and second jabs), the EU regulator will “pay close attention” to the issue of rare blood clots as it reviews the vaccine, she added.

According to the latest available data, a total of 287 cases of unusual blood clots have been  reported following the administration of the AstraZeneca vaccine; 25 in the case of the Pfizer-BioNTech vaccine and 5 for the Moderna vaccine, the EMA officials told reporters.