Accountability and prevention and response to harassment, including sexual harassment, bullying and abuse of power, are high on the minds of delegates attending a three-day meeting of the ruling body of UNAIDS this week in Geneva. 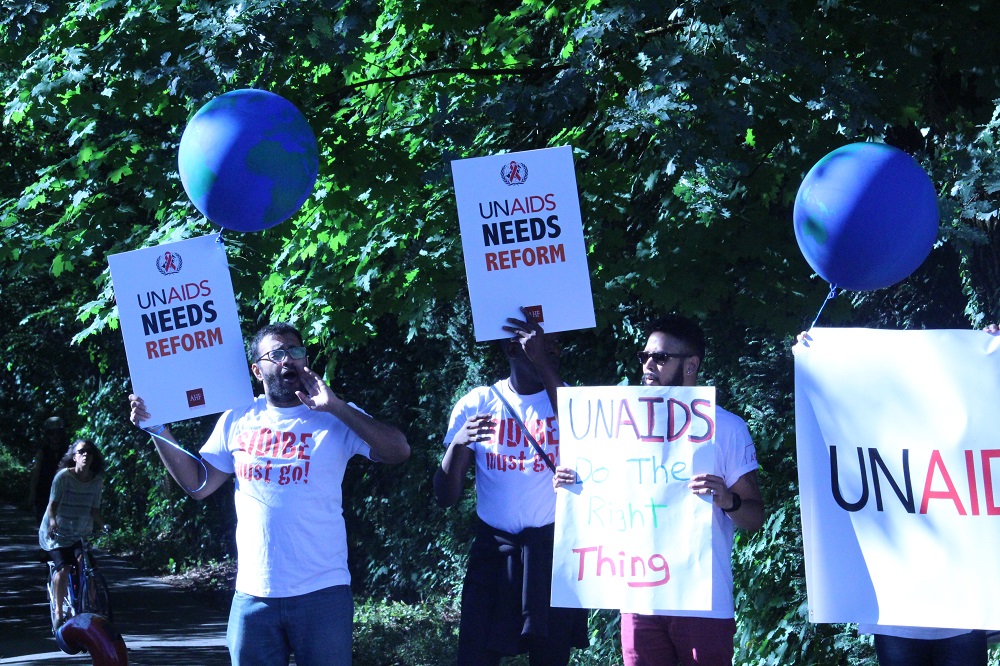 As the UNAIDS Programme Coordinating Board (PCB) meeting kicked off on 26 June at the World Health Organization headquarters building next door, AIDS activists held a demonstration outside calling for reform of the agency, and for its embattled leader, Michel Sidibé, to step down. The demands are over his perceived mishandling of a high-profile investigation into allegations of sexual harassment and assault against a top official of UNAIDS.

The allegations were made by Martina Brostrom – a UNAIDS external relations officer – against Luiz Loures, then deputy executive director of programme at UNAIDS and assistant secretary-general of the UN. The investigation concluded there was “insufficient evidence” to support the allegation of sexual harassment” and that there was “no evidence” to corroborate her allegation that she was sexually assaulted in a hotel in Bangkok on 8 May 2015.

Loures, who has since retired, has denied the allegations.

On 25 June, Brostrom, who is on sick leave, at a news conference held at the Swiss Press Club in Geneva called for the PCB to dismiss the UNAIDS executive director and “at the very minimum,” urged the board “to suspend Michel Sidibé from his position during the course of the independent panel investigation.”

UN diplomatic sources said the independent panel, which has garnered strong support, is not to be announced during the PCB meeting, as initially anticipated, but sometime in early July.

Deborah Birx , the US Global Aids Coordinator and US Special Representative for Global Health Diplomacy, told a session of the PCB on 27 June:

“The United States requires for its work in HIV/AIDS, a strong and healthy UNAIDS, which includes ensuring that the organisation has a clear and robust approach to eliminating all forms of harassment, including sexual harassment, bullying and discrimination”

The PCB consists of 22 member states, 5 NGO representatives and cosponsors of UNAIDS such as UNICEF, WHO, UNHCR, the World Bank.

Unlike some other UN agencies in Geneva, such as WHO which hold many of their Board meetings in public session, the PCB holds meetings in private and has a closed press policy followed with diligence by the UNAIDS communications department. However, UNAIDS staff and delegates post comments during the proceedings.

“To my knowledge, no delegates have ever objected about the meeting being closed to the media, ” UNAIDS spokesperson Sophie Barton-Knott told Health Policy Watch.

Meanwhile, a South African AIDS activist, and a registered delegate, was stopped on the first morning in the street leading to the conference venue and was told by security and law enforcement officials she could not proceed to the venue wearing the t-shirt supporting victims of gender-based violence.

“It is a sad day for UNAIDS when an activist is barred from a meeting for wearing a t-shirt supporting victims of gender-based violence. I refused to change my shirt, so we were at an impasse. I was unable to attend the meeting, despite being a registered observer with the correct accreditation,” Larissa Klazinga, Aids Healthcare Foundation (AHF) Regional policy and advocacy manager: southern Africa, told Health Policy Watch.

“It is even more troubling that Martina Brostrom, the whistleblower who acted as the catalyst for the current #MeTooUNAIDS movement, was refused permission to attend the meeting, despite the fact that sexual harassment was an agenda item, effectively silencing her. If this is the direction UNAIDS is taking, it seems to have lost its way and needs urgent reform,” Klazinga added.

Asked about the incident, UNAIDS spokesperson Barton-Knott told HPW, “I can confirm that there are no dress code restrictions for participants, which we have reconfirmed with WHO security.”

The AHF delegate, who returned to South Africa on 27 June, however, elaborated, ” I can confirm that there was no mention of a dress code in the registration communication at all.  I can’t confirm that this was a misunderstanding. What I experienced was several different security officers, some Swiss police and a gentleman who seemed to be a supervisor, all checking with their supervisors and then reaffirming that I could not enter wearing the t-shirt. It seemed like anything but a misunderstanding: the decision was checked and referred up the chain of command. I asked to see the written dress code or policy that they were adhering to, but none was forthcoming.”

AHF, the world’s largest global AIDS Foundation, which currently provides medical care and services to over 924,000 patients in 41 countries, has called, along with other AIDS advocacy groups, for the UNAIDS chief to resign.

However, some AIDS advocacy groups such as The Pan African Positive Women’s Coalition have rallied in support of Sidibé and have argued he has been “unfairly singled out for a public lynching.”

In a keynote address, Sidibé told delegates he was committed to change and accountability and for UNAIDS to become a model UN agency with respect for women’s rights.

In a letter to PCB members on 22 April he declared, “I want to say that it was never my intention to upset or be hurtful to anyone, and if I did, at any point, I apologize. I am profoundly sorry for what some UNAIDS’ staff members have experienced. No one should have to face harassment of any kind, ever.”

However, the latest UNAIDS staff association report to the PCB reveals that the most recent anonymous staff survey carried out in April 2018 a total of 18 individuals or 3.8% of the 465 respondents reported “having experienced some form of sexual harassment in the previous 12 months.”

But only a small fraction of people who indicated they had experienced these behaviours, it says, reported the incidents informally or formally. 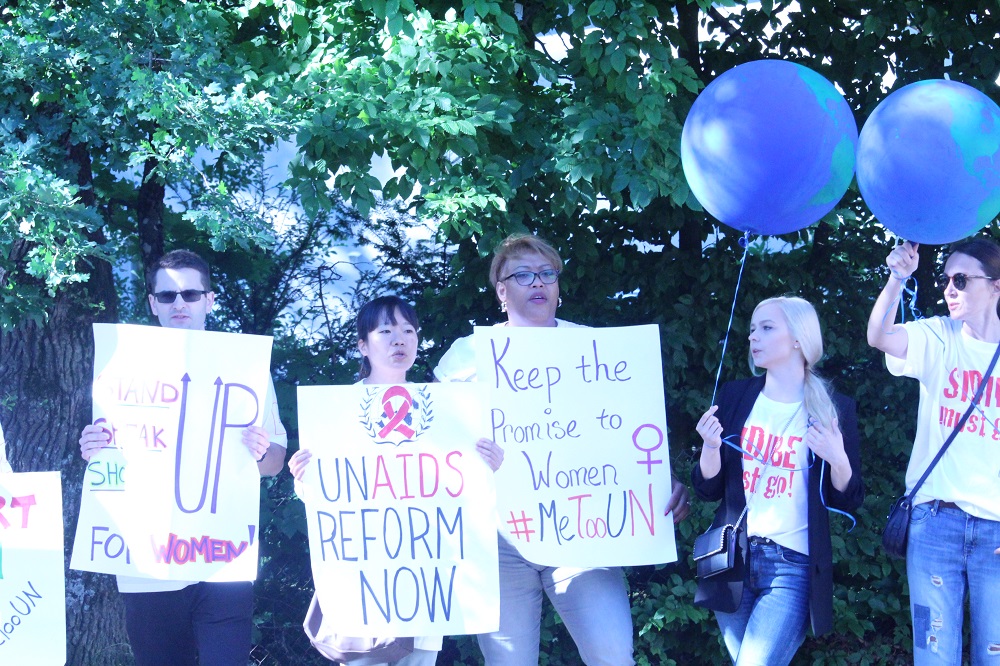